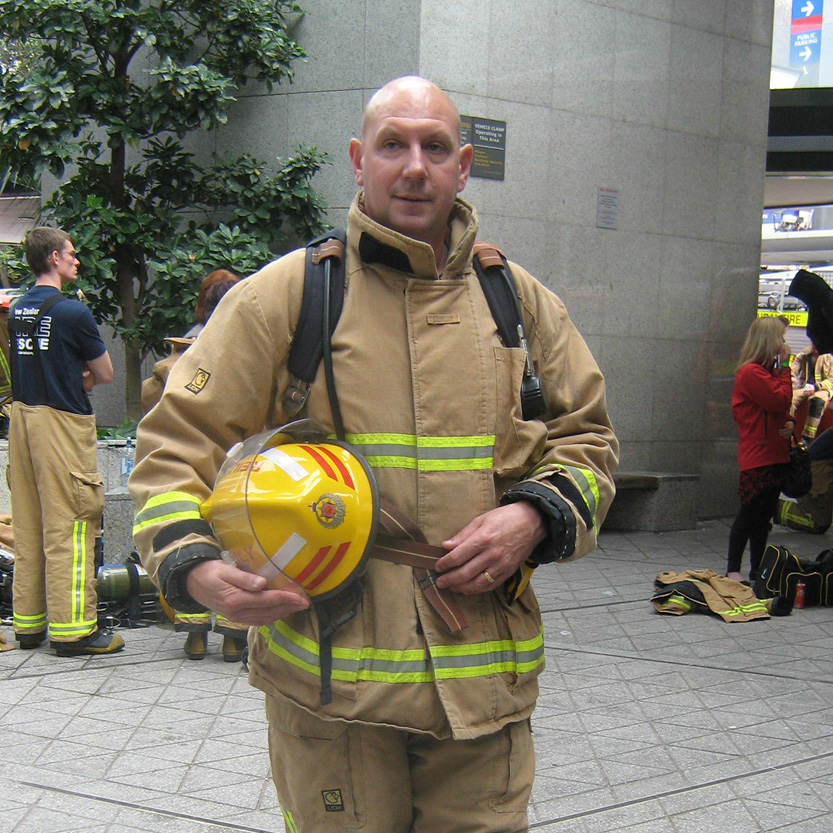 Shane reckons most people who donate blood don’t realise how big an impact such a small act has on other people’s lives. And he should know – he’s had so many blood transfusions he’s lost count, but he estimates well over 160. Luckily, thanks to a countless number of donors, Shane has survived and wants to tell his story.

Shane was your typical fit, healthy 29-year-old volunteer firefighter and bricklayer, happily married and looking forward to starting a family, when some strange symptoms led him to visit his doctor. Over a weekend in 1999 he progressed from not feeling 100% to rushing to the hospital after being told something serious could be wrong. Shane had leukaemia, Acute Myeloid Leukaemia to be specific. What he though was a rash, was blood pooling under his skin. A small bump could have caused serious bleeding as his platelets were non-existent.

Immediate chemotherapy was needed to save his life. But every needle risked serious bleeding. Over three months, Shane estimates he had more than 160 blood transfusions and blood products. Initially he had “a bit of a fear of needles” (despite his tough firefighter image) but says the hospital doctors and nurses were so good he got over that pretty quickly.

His first battle lasted four months before he was given the all clear and said to be in remission. In February 2011, however, he noticed some bruising on his gums and a test confirmed the leukaemia was back. This time treatment was even more intense. After almost five months in isolation he underwent an autologous bone marrow transplant. He remembers feeling like he’d been beaten with a baseball bat. It’s a gruelling schedule of drugs and chemotherapy to stimulate your bone marrow to grow and release new stem cells which are then harvested and later reintroduced back into your body. The hope is that the new bone marrow will make healthy cells not cancerous ones.

The transplant was a success. Today, Shane is again fit and healthy and still active as a volunteer firefighter.

Donating blood is not something Shane had ever really thought too much about; although he had donated blood for the first time about six months before he was diagnosed. He recalls thinking it would be a good thing to do and maybe it could be something he’d need one day. These days his wife, dad and sister are all regular donors and while Shane himself can’t donate, he is committed to many worthy causes, including encouraging others to donate blood.

He says donating blood is one way to help an amazing variety of people. Not everyone will need the volume of blood he did, but there are New Zealanders who need blood every day and anyone could at some point in their life.

He makes the most of every second of his life spending time with his family, friends, and two bull mastiffs and enjoying the outdoors. He and his family are extremely grateful for all the amazing volunteer blood donors out there to whom he, and many others, owe their lives.